Passion projects are typically endeavors outside of your normal day job that give you satisfaction, happiness, and energy, usually leading to learning and growth. I was recently presented with the opportunity to combine my skills in graphic design, photography, dance, marketing, relationship building, videography, and PR in a way that has never been so rewarding.

In the summer of 2015 I collaborated with Stephanie Dorrycott in producing Altered Archives, a full length multimedia dance show with her company, Motion X Dance DC, as a part of the 10th anniversary of the Capital Fringe Festival. Original choreography created by Stephanie, with guest choreography by Elysia Greene, was performed by six dancers against a backdrop of abstract video illustrations that I shot and edited. The show was presented five times at Gallaudet University in July. It was an incredible adventure and a ton of work—I have a whole new respect for event planners and performing artists.

Altered Archives was designed to challenge the commonly held notion that we can’t change the past by exploring the malleability of memories. How we choose to retell our story influences the trajectory of our lives and ultimately our own identity. Memories are not static snapshots, they’re malleable facets of our mind whose shape ebbs and morphs with each influence that spills into our consciousness.

I put together an extensive look at the steps that were taken to successfully market the premiere of this dance show within the structure of a performing arts festival. It takes you through the initial imagery creation with a photo and video shoot to our strategies for the web and social media, how drinking Prosecco with actors can be effective market research, how press releases were distributed and resulted in several blog posts, and how we earned media coverage from top area news sources, including Washingtonian Magazine and NBC 4.

Read the case study on how I created a strong brand for Altered Archives.

Excerpts from the 40 minute long piece projected on the back of the theater to accompany the dancers and guide storytelling.

We enjoyed great attendance for all shows, good buzz on social media, and we even made a (small) profit. Altered Archives also received stellar reviews and was listed as one of the “Best of the Fringe” by two theater arts blogs.

“Altered Archives presents a uniquely successful harmony of medium and message, carefully orchestrating live dance with projected video in a way that rarely, if ever, divides the audience’s attention.”

“To begin with, many of Lindsay Benson Garrett’s multimedia effects are arresting enough that they could stand as independent visual work; the video is never mere scenery and is consistently executed with technical skill and taste. Combining abstract and concrete images, live-action video with animation, these pictures offer a disorienting range of perceptions, an effect well-suited to the theme of memory.”

5 star rating, listed as a Pick of the Fringe

“Watching the strong and agile dancers is like a dream.”

5 star rating, listed in Best of the Fringe

“Altered Archives is ethereal magic, the wizardry of one person’s inspiration transformed into fine art by the ardor of special people meeting the challenge of being at their best. We are drawn to them by their hard, hard work and sacrifice, their collaboration, and above all their commitment to one another—a commitment that true artists know to be the only way to successfully offer the exotic, sensual pleasure of fine artistry to the rest of us.” 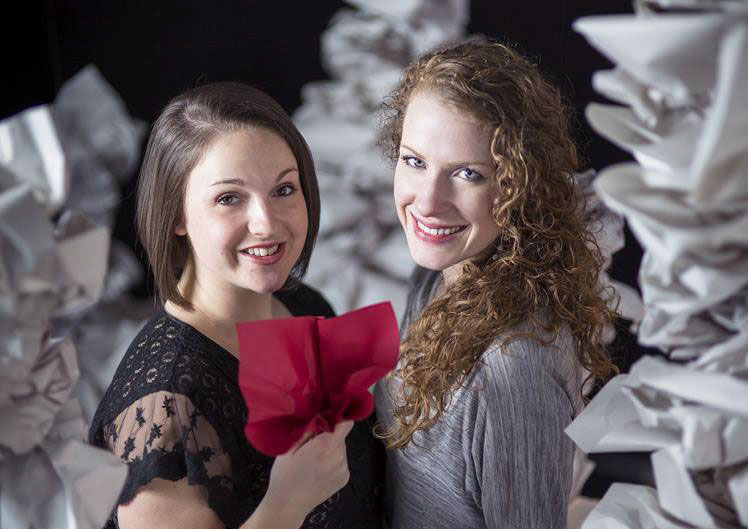 As a result of our successful debut at the Fringe, Stephanie and I have been tapped to partner with a new nonprofit that is working to raise five million dollars for dance in the D.C. area. Stay tuned for more details on this exciting venture.